22: Adaptability and Agility in Leadership with Rohan Dredge

22: Adaptability and Agility in Leadership with Rohan Dredge

Topic: Adaptability and Agility in Leadership

With a 25-year strong career Rohan has worked across many industries including education, not-for-profit, community development and corporate with a focus on scalable leadership development building leaders worth following and cultures worth reproducing.

On today’s show Rohan speaks about:

For over twenty years Rohan has developed leaders, cultures and tribes that work at deep levels of connection and 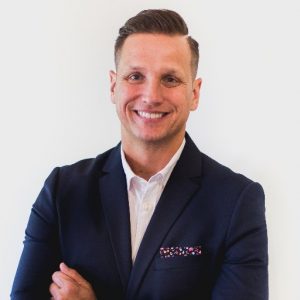 strong levels of execution. Rohan is the Executive Mentor people turn to when strategic execution is the priority and the solution isn’t readily visible. Rohan is ‘mode flexible’ and can speak, train, coach mentor and facilitate groups through to bespoke solutions to specific problems and tailor made pathways for unique strategic plans.

Rohan is the Principal of New Level Leaders and specialises in neuroleadership, sustainable and high performing cultures and keeping highly capable Executives functioning at unusually optimal levels. Rohan regularly gets alongside Senior leaders and executives to equip them in professional and influential communication and prevention skills.

Rohan’s methodology is less content specific and more client-centric, choosing rather to model the skills he intends to teach and design co-creatively rather than directively. This unique approach allows clients including Telstra, Swinburne University, Cricket Australia and the NSW Government to trust Rohan with the leadership development cultural change, strategic planning and communication skills necessary for the organisation to move forward faster.

Rohan’s twenty year engagement in the NFP space has led him to chair the Board of an International Group of leaders who to this day generate capital to expand and support Indonesia’s largest FM Community Radio Network currently reaching an estimated 50 million people each week and growing at 5-10 million people reached every year.

Rohan holds a BA. Dip Ed and a Masters of Educational Psychology and obsesses about helping clients find new solutions to the big imposing and present problems. He is the committed Coach on the sidelines of playing, experiencing every moment of the work of his clients as they progress towards success and significance.